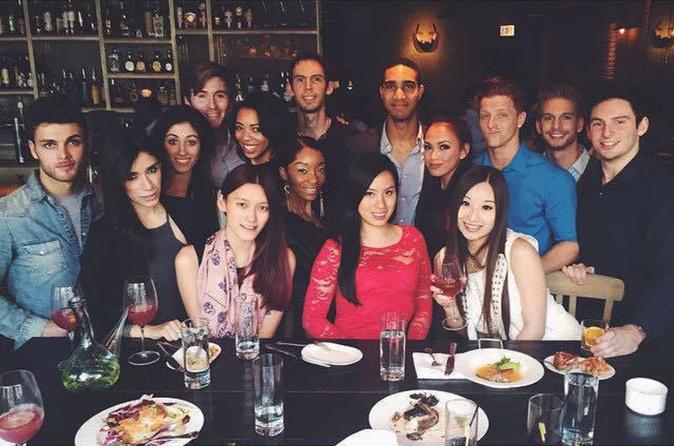 You will learn the history and stories of Chinatown and we will visit many of the landmarks and hidden gems in the neighborhood together. You will become insider of Chinatown yourself! Along the way, we will be sampling different food across Chinatown, such as the famous egg tarts, soup dumplings, rolled ice-cream, bubble tea, and many more! More guide time as well as musical performance provided by Jennifer Zhang is available upon request.

Chinatown is one of the most charming neighborhoods in Chicago. Now you can tour it with Miss Chicago Chinese 2015 & Miss China International 2017 - Jennifer Zhang. Not only she is a popular musician that plays a variety of Chinese instruments, she is also an award-winning travel expert. Her travel stories have been read by more than 10 million people, and her articles on Chicago Chinatown tourism have been published on numerous sites in China, such as Sohu, CCTV, People's Daily and Sina. She graduated from Northwestern University and has lived in the Chinatown area since then. As an ambassador of the community and director of a local TV station, she truly knows the neighborhood inside and out. She will be the best tour guide of Chicago Chinatown you can ever find. The tour is open to people of all walks of live and all ages. It is also fully customizable to people with dietary and mobile preferences. During this tour, you will: Tour lots of cool landmarks and fun destinations Taste yummy traditional Chinese delicacies, food and drinks Take great photos and videos Shop at specialty stores for groceries and souvenirs Experience authentic Chinese visual and performance arts.

Jennifer Zhang is well-known for her accomplishments as a musician, model, actress, and entrepreneur. Being crowned as 2015 Miss Friendship Ambassador of Chicago and winning the title of 2017 Miss China International, she has received more than twenty five awards in various performing arts and social services. Having performed at over 500 major concerts and influential events, including Bloomberg Global Business Forum, Lions Club International Centennial Gala, and Chicago International Movies and Music Festival, she has showcased her musical talents in front of many leaders of our generation, such as President Obama, Bill Gates, Jack Ma, Anna Wintour and Cindy Crawford. Being Chinese tourism ambassador for Visit Florida in 2018, Jennifer represented and collaborated with an impressive list of companies including Uniqlo, Apple, Hutchison Whampoa, Meijer, and Blue Moon Beer. This year she released her debut album that she wrote entirely by herself to critical acclaim. She graduated from Northwestern University to later pursue advanced studies at Berklee School of Music in Boston and Central Conservatory of Music in Beijing.